MORA – Gov. Michelle Lujan Grisham on Tuesday surveyed wildfire damage in Mora and San Miguel counties and met with affected homeowners before also meeting with local and state officials to discuss the progress of watershed recovery and mitigation efforts.

“The destruction caused by these fires is devastating, in both the physical damage they have caused and the ways they have forever disrupted and altered New Mexicans’ lives,” said Gov. Lujan Grisham. “Today in Mora County I saw firsthand the irrevocable harm that has been caused, with historic homes and livelihoods lost to the flames. But I was also reminded of New Mexicans’ resiliency – I saw neighbors helping neighbors with that same compassion that New Mexicans always show toward one another in tough times. Together, we will rebuild.” 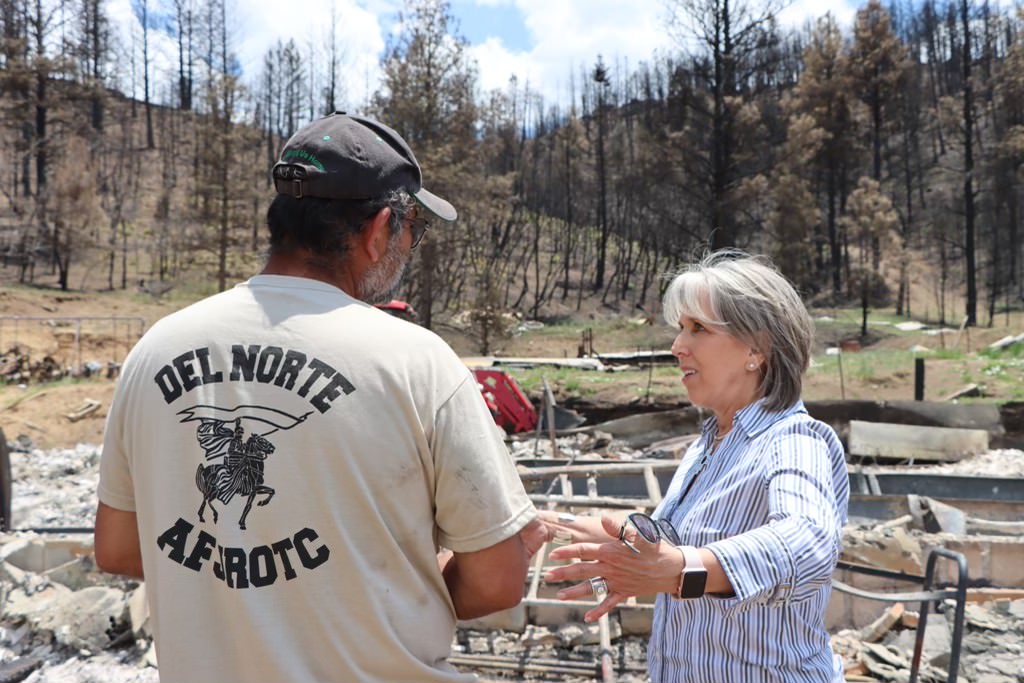 The governor surveyed homes in Sapello and Rociada that have been damaged or destroyed by the Calf Canyon/Hermits Peak Fire, speaking with affected homeowners on site and continuing to hear firsthand about the losses New Mexicans have sustained due to wildfire damage. The governor also learned more about where state, federal and local recovery aid is most effective, as well as where gaps remain.

Several hundred homes are estimated to have been destroyed by the Calf Canyon/Hermits Peak Fire – additional inspection and documentation is ongoing. 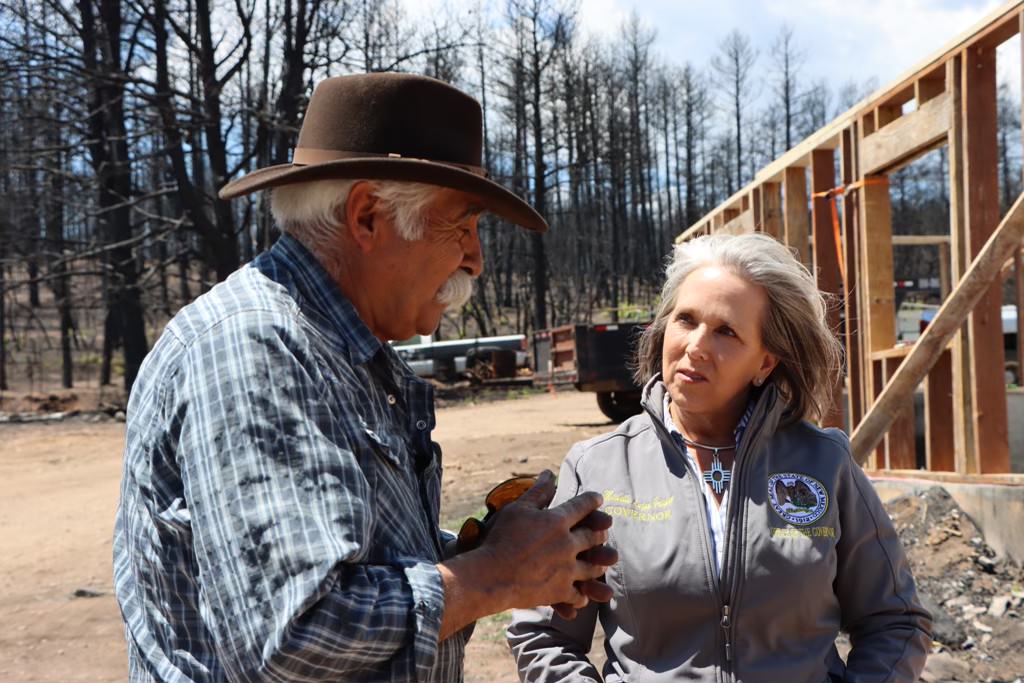 Gov. Lujan Grisham also met with local officials and state agencies for a briefing on the status of watershed recovery and mitigation efforts, which are ongoing. The governor reiterated her commitment to supporting New Mexico communities affected by wildfires, including her ongoing effort to secure a commitment from the federal government to cover 100% of recovery costs. 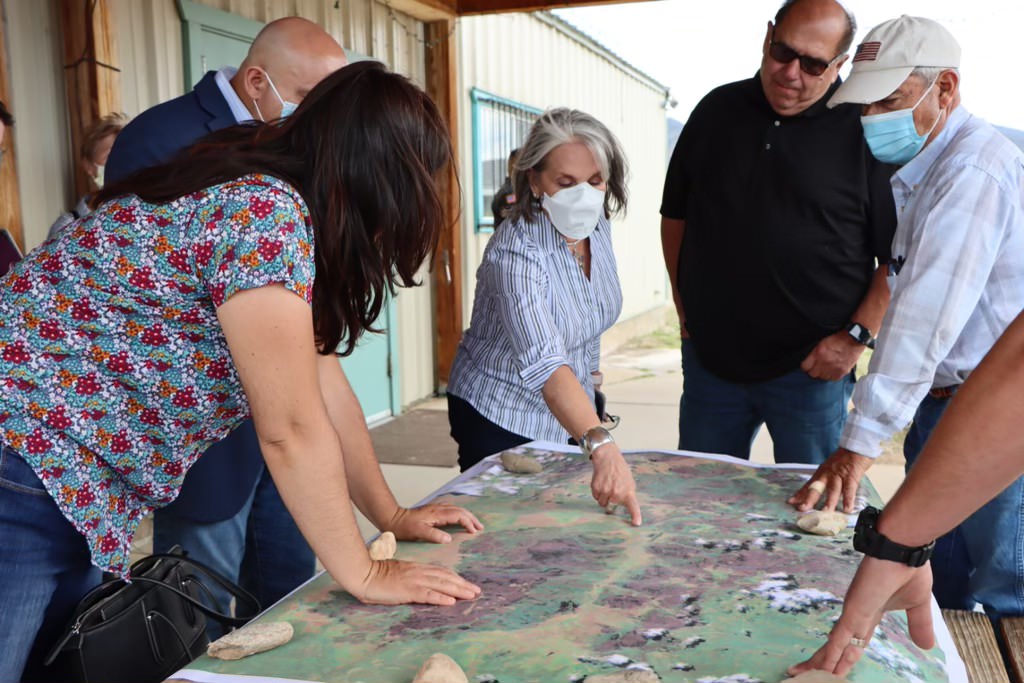